"President Bush said he just saw a film about global warming, 'Ice Age 2; The Meltdown.' He said, 'It's so much better than that boring Al Gore movie.'" --Jay Leno

"President Bush says he's really going to buckle down now and fight global warming. As a matter of fact, he announced today he's sending 20,000 troops to the sun" --David Letterman

Cartoon by Marc Roberts of Throbgoblins. Click on the panel to view the rest of the strip. 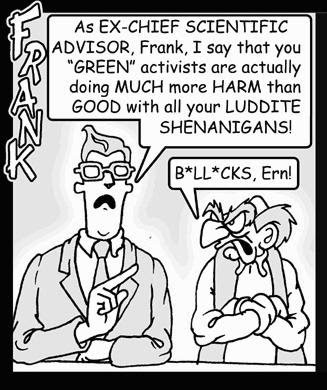 Posted by Melanie Rimmer at 9:07 am

Email ThisBlogThis!Share to TwitterShare to FacebookShare to Pinterest
Labels: funny

Thanks for the giggles.