Today is St Stephen's Day, the day Good King Wenceslas took his famous stroll. My dad assures me that in Ireland it is a bigger occasion than Christmas day. It is traditional for boys and men to try to catch and kill a wren on St Stephen's Day. Why, I cannot discover. But they then take it round all the houses and are given money.

The wren, the wren, the king of all birds,
St. Stephen's Day was caught in the furze,
Although he was little his honour was great,
Jump up me lads and give us a treat. 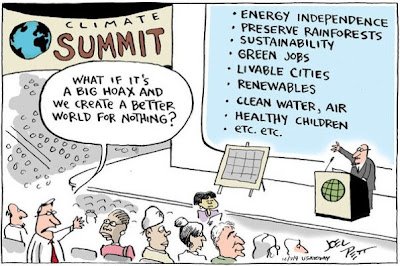 This one has been doing the rounds on the internet for a while, but just in case you haven't seen it yet...
Posted by Melanie Rimmer at 10:09 am 6 comments:

Copenhagen - The House is on Fire! 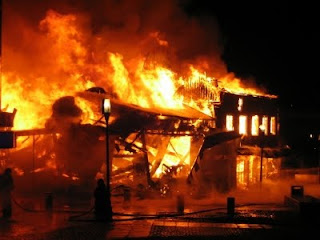 Sometimes, when our house is looking very messy, I might balk at the idea of tidying it by myself and ask the kids to lend a hand.
"But I need to finish this level of my computer game!"
"Ummm, I suddenly need the toilet. See you!"
"I'm too little! I'm tired! Will you help me?"
Ah well, it's human nature.

But if the house was on fire I don't think I'd get these responses. I think it would be amazing how unimportant computer games and lavatory needs and tired little legs would become. The family would respond quickly and efficiently in saving everyone's lives.

So why is it that the climate talks at Copenhagen are 18 hours behind, and look like they will result in no agreement at all? This isn't a negotiation about cabbage trading. It's no time to quibble and stall to protect some finagling point of national interests. Our house is on fire!
For God's sake, will everybody shut up and grab a bucket?
Posted by Melanie Rimmer at 11:06 am 4 comments: 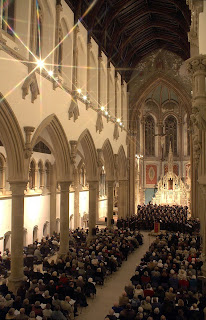 Sorry I haven't posted for over a week, but Ed was away in France again and I was gloomy. He is home now, hopefully until Christmas at least, and I am much happier now.

I had a lovely weekend, filled with music. On Saturday my choir, St George's Singers, gave our Christmas concert. The church was lit by candles and filled with the scent of mulled wine and mince pies, which were served in the interval. The programme was a mix of choral and audience carols, some accompanied by organ and some by the Poynton VBS brass band, who also played some festive pieces of their own. There were readings by children from local schools, including my daughter Eleanor. I might possibly be biased but she is a marvellous reader and I was very proud. As this year is the 250th anniversary of the death of Handel, we also performed three choruses from Messiah (with the brass band, which was heaps of fun), and topped off the concert with a performance of the Hallelujah chorus.

Then on Monday it was my turn to be in the audience as Eleanor performed in a Christmas concert given by Poynton Music Academy. Ellie plays violin in the Academy's "beginner's strings group". I loved listening to the various children's groups performing Christmas music. I was involved in children's orchestras, choirs and other groups when I was young and it is lovely to watch a new generation setting out on a life of music-making. Ellie was exhilarated before, during and after her performance and I am sure she is now as hooked on performing music as I am, which pleases me no end.

So now I feel thoroughly Christmassy. Stephanie and her kids are visiting this weekend to help us put up the Christmas decorations, and I hope Lindsey and Andrew will be able to visit too so we can sing carols together (perhaps accompanied by Eleanor on violin). There's really nothing like Christmas music to get into the festive spirit. Have you been to any carol concerts yet, or are you planning to?
Posted by Melanie Rimmer at 10:18 am 5 comments: