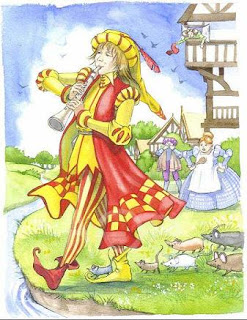 Andrew made some interesting comments about humanely dealing with rodent problems.

Point taken. But I don't think "eco-friendly" means the same thing as "kind to animals". Some people belong to both camps, but some belong to just one or the other. And sometimes the two ideas clash. For example there was a story in the news recently about whether it is ethical to hand-rear a polar bear cub rejected by its mother, or whether it should be allowed to die, since that would have been his fate in the wild.
I think Andrew his the nail on the head when he said:

I think we also need to remember, with our ever increasing urban sprawl, that it's us that have invaded their environment, not the other way around.

It opens up a can of worms when humans start interfering with nature. If you found an abandoned polar bear cub in the wild, perhaps it would be an easier decision to leave it to die "as nature intended", but since it was born in a zoo so is already in an unnatural situation, where do you draw the line?
If rats tried to set up home in a fox's den, would the fox deal with them humanely, or would it just kill them? Obviously, in nature when two species clash the matter is resolved swiftly and mercilessly. But it's different when it involves humans for two reasons. First, we are just so much more effective than other animals at what we do. No other species has ever had such a massive imapct on the planet and every other organism in it, because of the technology we have created. And secondly because we are intelligent, we ought to be able to predict the outcome of our actions and behave in a way that does not lead to irreversible damage and destruction, if only for selfish reasons: we want out own species to be able to survive.
So where does that leave me and my rat problem? I'd love to hear your thoughts.
Posted by Melanie Rimmer at 9:43 am

I say that pests are pests. If it was a wasp would you have the same "ethical dilema"? No, most people wouldn't - so why is there a dilema for some people just because something has fur? Just because a pest is "cute" doesn't make it less of a pest!

kill kill kill! - sorry but they are awful creatures and if you kill one there are dozens more down the lane - how would you feel if you found one in your bed or amongst your childrens toys ? Show no mercy - persuade them to go back outsid where they belong

I fall on the "don't kill!" side. I know that I wouldn't want them in the house, and that I would freak if I found them in the house, but I also wouldn't want to kill them. We need to live in harmony with nature, and only kill when necessary. I suppose that if I couldn't get rid of them after a really good (non-killing) humane effort, then I might resort to killing them.

As to how to get rid of them without killing, I have no advice - sorry!

WTF, why would you kill a wasp? Leave them alone - they won't harm you! Well, assuming you don't flail your arms around and try to kill them...

I reckon the whole concept of "pests" is misleading - it's like "weed", a wonderful word for describing a plant that's growing in the wrong place - according to humans. What about the plant's right to grow where it is, or the animal's right to live in a suitable habitat? We've created a society based on waste and disruption where particular plants and animals thrive, and then we blame them for doing so.

I've had rats in my garden in the past (they fed off bin bags - I suspect a bin would have deterred them) Are they into your compost, Melanie?

On rats I say kill - as quickly as possible with as little suffering as possible. Personally I would prefer a working terrier to do the job for a good, clean , quick kill.

On the environment in general, it's a tricky one. But I think it's worth remembering that although we go some way to shaping an environment, we are still part of it, not above it.

There are some weird things here. Plants with 'rights'!
You're not all teachers by any chance?

I leave the mice that are outside alone. We shoot coons and possums that want to feast upon our chickens. The same goes double for coyotes that want not only our chickens, but our cats and goats. There are thousands of acres of national forest they can inhabit. If we shoot the ones that want to make a living off of our pets and livestock, we are breeding them to avoid us. Think of it as evolution in action.

Our 'furry friends' that live in the city are actually doing better now than when before we started building cities. Keeping them in check is the legitimate function of a predator.

By the way, the organisms that made the biggest ecological impact upon the Earth are not even animals. Green plants (algae) introduced a poison -- oxygen -- into the atmosphere. The result was ecological catastrophe. Organisms that figured out how to use the oxygen did well. Most anarobic organisms died out.

Hey, it's the way of nature.


-Nerd in the Country

I walk the fine line here, though I have buddhist friends who might argue with me. First and foremost, are they actually a problem? If it's just a bit of noise perhaps they can be left, but if they're damaging electrics and so forth then they have to go.

In the first instance, if you can eliminate their food source they'll most likely leave on their own. They can survive on the oddest things though, so it may be necessary to Deal With Them. I'm presently dealing with a mole who's got under my raised beds and has resisted all my efforts to relocate him. The damage is too severe to leave him be so... draw your own conclusions.

Sorry everyone, I didn't mean to create such a furore!! But reading everyone's comments I think it's really interesting that this subject seems to create such strong views.

Firstly can I put Delroy's mind a rest in saying that no I'm not a teacher!!! Urgh, shudder!!!

Using a trap, a cat or a dog isn't going to guarentee you get rid of all of the rats, nor stop them coming back. Poison might kill them all, but I'd be concerned about using that in a house with children or pets. Something such as the ultrasound kits might be your answer. As Hedge wizard says, eliminating their food source, by keeping as much as possible in jars and sealed containers might help too.

I think Mel's points on our impact on the environment, not just the global one, but the smaller space in which we live, are quite correct and sometimes there is no 'best' solution, but the point that I was trying to make was that I think too often we choose to kill as a knee jerk reaction, and out of simple convenience, rather than take a second and think if there is an alternative. Sometimes that alternative, although maybe involving slightly more initial work, might actually prove to be a more effiecient cure?

My point is that there are choices. The algal organisms back in them good old Hadean days gave out oxygen due to their chemo and photsynthetic processes, in other words 'respiration'. The ecological catastrophe they created wasn't through choice or design.

Humans do have a choice though, and to kill something else, be it plant, wasp, rat or entire eco-system, is not necessarily a pure necessesity.

I'd tolerate them outside but I'm not keen on them in the house - I'd got for the prevention-and-cure method and make as sure as I can that they couldn't get in to cupboards with food etc.. And then bacon-bait traps for them if they didn't go elsewhere.

They do spread Viles Disease, which is pretty nasty.

I've heard that those ultra-sound things work for a bit and then they get used to them - so perhaps the answer is to use one for a bit to see them off and then put it away until next time?

The best explanation I ever read for pest control came, I believe, from someone in rural France. When asked, by someone who came down firmly on the let them live side, why they culled certain predatory birds etc every year, which she believed was cruel and unnecessary. The simple answer was, the presence of man has disturbed the balance of nature in order to restore the balance for all the animals in that area it was necessary to cull the birds who were doing too well as a result of man and thus the other animals in the area had a chance.

This surely applies to many animals and insects which are breeding at a rate which causes an inbalance, whether it is because they can invade homes or because there is litter on a city street. If certain pests were not controlled what would the end result be?

Some years ago, when we lived in London, we had a rat problem in our flat. We got a cat. Our cat only ever caught one rat, didn't kill it, but just played with it. We rescued it from the cat and put it outside as it didn't seem to be hurt. I think that it was just the presence of the cat that made the rats abandon ship, because we didn't see another one in that flat. And in the two places we've lived since, we've never seen a rat. The cat is still in residence.

Omg just kill the rat, ewwwww i hate mice let alone rats, i would have moved out by now lol.

Tracy, you said "I think that it was just the presence of the cat that made the rats abandon ship", and I agree with you there.

We got a cat when we had mice, and since then I have yet to see a mouse inside the house other than the trophies the cat itself brings in to show off to us.

As for the "let all creatures live" mentality, would you not treat a disease in your body? If all living things have an inherent right to life, wouldn't bacteria and virus also have such a right? Still, the answer is the same. Prevention beats all forms of treatment for all problems.

Thank you very much for sharing.
Through your blog, a lot of people including me of course have a chance to read and learn from.
I have read some of your post and I really enjoyed reading it.
And if you want to learn chinese,please visit at
http://www.chinesepal.cn
or
http://www.chinesepal.cn/first/learn-chinese/index.htm
Thanks again and looking forward for more of your posting soon!

At first I was marveled to see such a blog.Your blog is sparkling. It has a great appeal. How are U able to cope such a lot.

Meet me at
http://gwb-chinese.blogspot.com/
Waiting with curiosity. To know your innovation.