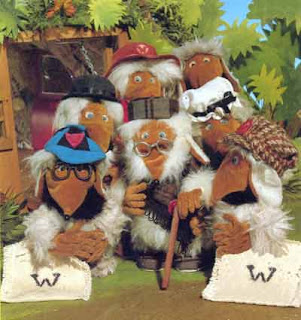 Freecycle is a worldwide network of local groups who keep useable second-hand goods out of the landfill by connecting people with unwanted stuff and people who want the stuff. It's a brilliant concept. When I first came heard of it someone told me it was "like eBay, but free". However some people have become unhappy with the way Freecycle groups work in practice.

It's OK though. There are lots of other groups where you can advertise your unwanted used stuff and people will come and take it away to use it again.

Realcycle is one example. They operate in England, Scotland, Wales and Northern Ireland. Like Freecycle, they use Yahoo Groups to manage the mailing list, which some people think is a bad thing. My local Freecycle group just switched to Realcycle. That group has over 15,000 members which is a good thing - obviously the more members there are, the more interesting items that get offered, and the more possible takers there are for the used items you want to offer.

Freesharing is another group that uses Yahoo Groups. They have over 825 local groups with over 350,000 members in the USA, Canada and around the world.

Sharing is Giving also uses Yahoo Groups. They have groups in the USA, Canada, and a small number of groups in Australia, Scotland, England and Wales.

Here are some other free recycling groups I have come across. I don't know anything about them, but if you are looking for alternatives to Freecycle, you might find something in this list.

Don't forget your local thrift/goodwill/charity shops if you have usable unwanted goods.

If you want to get rid of some books in a fun and environmentally responsible way, Bookcrossing is a really great way to do it. You leave a book in a public place - on a park bench perhaps - then you register the book with the bookcrossing website. An avid bookcrosser will come along shortly to pick up your book, and they may read it and post a review to the bookcrossing website, and maybe even leave it somewhere else for another bookcrosser to find. Or you could sell your unwanted books to your local second-hand bookshop.

If you have unwanted furniture, the Salvation Army might collect it to be reused by needy families. I know of various organisations near me who collect good used furniture for homeless people, victims of domestic abuse, asylum seekers and so on. There is a list of UK projects on the Sort It website.

The Sort-It website has more lists of places you can sell or give away unwanted used clothes, computer games, electrical appliances, bicycles and much more. So there's really no excuse to put serviceable stuff in the landfill. There are dozens of options for giving it away or selling it to be reused. What's more, you can probably find good second-hand alternatives to most of the things you might be thinking of buying new. And if you can't imagine why that would be a good idea - you need to go and watch The Story of Stuff.
Posted by Melanie Rimmer at 3:23 pm

Email ThisBlogThis!Share to TwitterShare to FacebookShare to Pinterest
Labels: recycling

With regard to unwanted furniture, can I put in a plea for people to consider donating theirs to their local Community Transport and Furniture Group?

which they're hoping to update soon, but from that page you can find out if there's a branch in your area.

CT collects unwanted furniture free and sells it at an extremely low price to needy families with free delivery. The money goes towards fuel and upkeep of the vehicles.

We have two thriving projects in Newcastle and as a national Board Trustee, I can assure everyone that this organisation has been in the business of delivering cheap second-hand furniture to needy families for 40 years or so.

We also provide all sorts of transport to the community, but that's another story.

As someone who runs freecycling blog

Thanks for providing such a comprehensive list of websites that provide such services - you have done your research well.

Mel, I've freecycled two sets of carpet plus backing and the people who got it were delighted. I tried contacted housing charities first but they weren't interested because they had no one to fit the carpets.

I needed a wooly hat. I'd lost mine. I have no idea how. I reaaly don't (please don't laugh). So I got one today for 50p in a local charity shop round the corner from my kid's school. I was dropping off a bunch of video tapes which we were clearing out. I don't think I've bought a 'new' book in months; only ever second hand at shops and stalls or 'used' on Amazon.
The UK is fantastic for second hand shops, nearly-new sales, and stalls at local churches. Even our libraries sell (for pence) old scruffy books.
Are other countries as philanthropic in this sense? I wonder are there any countries that are almost anti-second-hand'?
I just love living in the UK.

Nice list of resources and services. I had not heard of most of them, I will look into them. I try to to re-use most things, and if I can't, I give generously to our local Salvation Army.

I notice that you have listed The Staga Network as one of the alternatives to FreeCycle.

I am the creater of http://www.Staga.net and I just want to let everyone know that last week, I relaunched the website. Its been rewritten and redesigned from scratch to address some of the requests from some of our users.

I encourage everyone to check it out now and hopefully it will become a much stronger community.