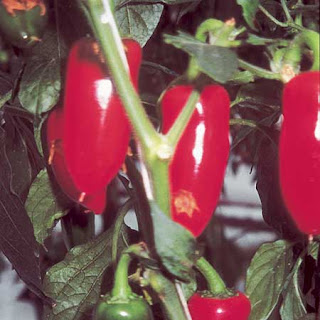 I spent a couple of hours on the allotment today in light rain, clearing the patch where the potatoes had grown and planting some new stuff, mostly things I bought in the garden centre.
I planted a large tomato plant, two rows of purple chard, three climbing french beans, and two sweet pepper plants.
In case you have been living in a cave, or are not British, or are reading this in the year 2107, I'll mention that the weather in Britain for the last two or three months has been consistently atrocious, with rain every day, hardly any sight of sun, and many areas suffering from floods. I haven't been able to get to the allotment, the weather has been so bad, and weeds are choking the plants which haven't been eaten by slugs and snails.
So I know the peppers will not survive, much less produce any fruit. It would take an unusually sunny hot year to grow peppers outdoors in Cheshire, and there is no end in sight to the cold and the rain. But I had to plant them as an act of defiance.
Posted by Melanie Rimmer at 3:32 pm