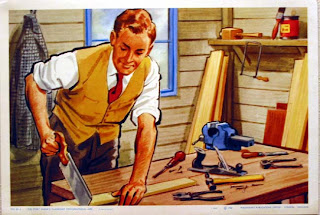 I believe that a lot of people don't understand what
"sustainability" means. So I'll try to explain it with a parable:

A foolish builder wanted to build himself a house that would be grander and taller than all the other houses in his neighbourhood. He built it as tall as he could until he ran out of bricks. But still the house was not tall enough to satisfy the builder. So he took a chisel and carefully chipped away the cement around one of the bricks at the bottom of his house. When it came loose, he cemented it in place on the top. The house was a little taller. It didn't fall down. It didn't even wobble. And there were plenty more bricks at the bottom. "Oh good," thought the builder, "I can keep taking bricks from the bottom and adding them to the top". And so he began chipping away at the cement around another brick...

I don't think I need to tell you how the story ends. You can figure it out for yourself. The foolish builder's solution to unlimited growth was unsustainable. This is what we mean when we say that a system of farming is unsustainable, or a method of harvesting water, or a means of getting energy. It means you can't sustain it. It doesn't mean "not nice", or "not ideal", or "not eco-friendly in some vague way, probably having to do with pandas". It means "if you keep on doing it your house will collapse in a pile of rubble and kill anyone inside".

That makes total sense now, in a way that I've never heard sustainability explained before. And like you said, it's science.

I wish I'd heard that parable when I tried to answer the question "what is sustainability?" a few years back...

Nice post Mel. You're very good at explaining things in a way that's both interesting and clear (unlike this sentence). Your comfrey post deserved some Google juice.

Aww, thank you all.

Anyone who can use Star Trek to explain something is my HERO. :)