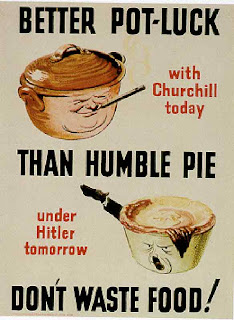 I bought too much fresh meat, and didn't eat it as quickly as I planned. So rather than let it go off I decided to cook it all in the oven, and then eat the cooked meat over the next couple of days.

Unfortunately, I forgot about it. By the time I remembered it was dried-out and overdone.

Determined not to waste it, I put it in the slow cooker with a tin of tomatoes, an onion, a carrot and a bit of seasoning. I thought that if it worked and softened the dried-out meat, then that would be great. And if it didn't work I had only sacrificed a few pence worth of vegetables and electricity.

It did work - sort of. I wouldn't recommend it as a wonderful new method of cooking meat. The meat was rather stringy. But it was edible, which it wasn't when I took it out of the oven. I wouldn't have served it to guests, but it was just for me and I'd rather eat slightly stringy meat than throw food in the bin.

The lessons I have learned are:

1. You can sometimes rescue overcooked meat with a slow cooker,
2. But it's better if you don't overcook it in the first place,
3. And it's even better if you don't buy more meat than you can eat before it goes off.
Posted by Melanie Rimmer at 9:52 am

Love that poster you used. Wouldn't it be great to be able to decorate with posters like that? I think it would, anyway.