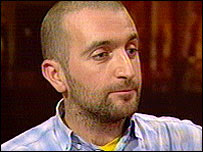 I've been following Saoirse's Freeconomy Pilgrimage with interest, because I like the Freeconomy idea of sharing your skills, your time and other resources in the interests of building community rather than for money. Saoirse planned to walk from Bristol to Porbandar in India, working for food, lodging, and transport but refusing all money. It's very easy to predict problems, to criticise and to say it will never work. But I thought it was an interesting idea and I was curious to know what would happen along the way.

Well, the pilgrimage has had a radical change of direction pretty early on. You can read about it in his blog, but in upshot two other people joined the pilgrimage but they were unable to get a ferry ticket out of England. They also realised in an encounter in a refugee settlement that people from countries such as Ethiopia, Afghanistan and Iraq understood the idea much more readily than most British people, so maybe it is more important to spread the idea in Britain than take it to India. They decided to spend a year walking and working around Britain, and hopefully learn some languages, before resuming the pilgrimage to Porbandar.

All of the criticisms that occur to you occur to me also. Maybe they're a bunch of stupid naive hippies. Maybe. Whether they are or not, they can surely learn something from this journey. It's often been my experience that when you try to teach someone something, you learn something too, and when you try to help someone, you benefit also. And because Saoirse and co. are blogging about it so honestly we can learn too, and we don't even have to get hungry or cold or have blisters on our feet. I wish them luck. I hope their faith in humanity is justified. I'll be extremely happy for them if they reach Porbandar. But I'm confident that whatever happens it will be interesting and valuable. So I'll keep reading their blog and see what happens.
Posted by Melanie Rimmer at 11:16 am

I'd been on the edge of my seat earlier in the week when my internet was down to wait to see how he was getting on, and I was crying when I read about how the decision to turn back came about. But I left an encouraging message for him on the blog.