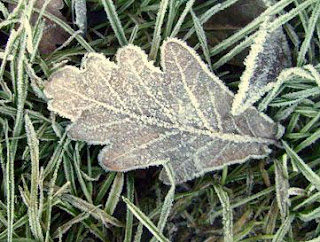 Beth from Easy Eco Living tagged me with the 7 random facts meme.

The rules: Link to the person who tagged you and post the rules on your blog. Share 7 random or weird things about yourself. Tag 7 people at the end of your post, and include links to their blogs. Let each person know they have been tagged by leaving a comment on their blog.

1. I used to work in a residential hospital for people with learning disabilities. If you don't really know what that means I won't be surprised. You might understand better if I used its pre-PC name "lunatic asylum", which is horribly stigmatising for the people who live there, but at least people understand what it means. I was a research assistant in the R&D department there. It was a really good experience and I'm glad I did it, but it convinced me that care in the community is the only humane way forward (shame it's always so desperately underfunded).

2. This New Year's Eve will be the 20th anniversary of my first date with Ed, my husband.

3. I founded the Aberystwyth Student CND Society and was its first Secretary. During the 1990-1991 Gulf War we campaigned actively and organised many petitions, marches, vigils, press events etc. Sadly, the society does not seem to exist anymore.

4. Whilst at Aberystwyth university, the first words of Welsh I learned were "rhyfel" which means "war", "heddwch" which means "peace", and "treth y pen" which means "poll tax". I think that tells you something about how I spent my time at university.

6. I've had an email address and access to the internet since 1989, before the World Wide Web was invented.

7. There are huge areas of the Internet that most people don't even know exist. One of my favourites is Usenet, which is the ancestor of web forums. I'm a longstanding resident of the Usenet group uk.rec.sheds

As it's "7 random things" I'm going to choose at random 7 blogs to tag. So I'll tag the last 7 blogs which have referred readers to Bean Sprouts. They are: 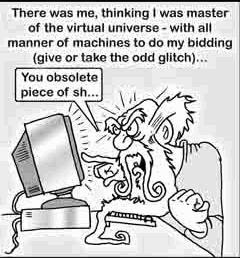 Posted by Melanie Rimmer at 1:44 pm

Thanks for the tag.

And here are some random facts of the "small world" variety:

We have a daughter with a learning disability who now lives & works very successfully on her own (with a bit of support.

I was at Aberystwyth University in 1974 as a [very] junior research fellow. Didn't like it; only stayed a year!!

And we also had a Sinclair Spectrum. One of us became dangerously addicted to computer scrabble (the programme for which was loaded from a tape cassette).

Thanks for playing along, Melanie. :)

Thanks for tagging us! We will follow it up at our blog.
The reference to usenet was cool!