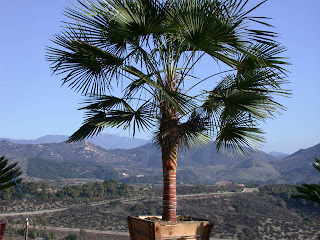 You've got 3 more days to vote in the anagram competition poll. Titillating Scandal pulled ahead to an early lead, but Gilt-clad Snail Titan has surged ahead in the last 24 hours, and the voting is now level. Lit in Lactating Lads and Instant Digital Call are attracting no interest whatsoever. You'd think at least their creators would vote for them, but apparently not.

Vote now for your favourite anagram of "Dill's Atlantic Giant" and choose who will be the lucky winner of two windmill palm tree seeds.
Posted by Melanie Rimmer at 10:28 am

Well, to be honest, Mel, the two leaders really are quite a bit more creative than using a big ol' squash to make a fast phone call. Don't you agree?!