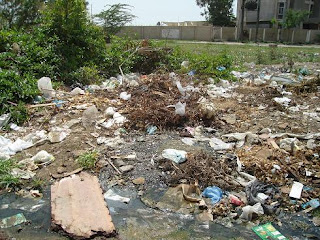 1. Around 17 billion plastic bags are given away every year in the UK

2. Most of these are only used once and then thrown away

3. If everyone in Britain used reusable bags, the plastic bags we'd save would tie around the world 103 times (except they wouldn't because we wouldn't have made them because instead we'd - oh, never mind

4. Around a million seabirds and a hundred thousand mammals are strangled by plastic litter every year, worldwide

5. A leatherback turtle (an endangered species) was found dead in 1998 with 57kg of plastic bags inside it

6. A minke whale washed up in Normandy in 2002 had 800kg of plastic bags in its stomach

7. Only half a percent of plastic bags are recycled

9. Plastic bags are not free. The shops pass on the cost to you by adding a few pence to the cost of goods. A typical UK household spends about £470 per year on packaging

10. Plastic bags are cr*p. The handles snap, they dig into your hands, they rip if you put anything a bit pointy in them, you can't carry them on a bike, they fall over when you set them on the floor.

Ditch the duff carriers and switch to a snazzy reusable bag. Save the whales. Save the planet. Save the palms of your hands. And don't forget to vote in the poll in the right-hand sidebar.

Facts from Litegreen and The Ecologist Online
Posted by Melanie Rimmer at 11:39 am

Thanks for sharing this info, more folks need to know it! Maybe one day the manufacturers will know it!

Even better, knit yourself a string bag!
Patterns over at my place.

This has been a shameless ad for The String Bag. I thank you.

It's about time someone did a TV programme about this - maybe it would get through to more people.

thanks for posting this, trouble is you're probably preaching to the converted, this info needs to be shown to those who don't know the importance of trying to lead a "greener life". would you mind if i put a link to this article on my blog? i'd like to help spread your important message.
proud to take homemade reuseable bags shopping!

Donna, that'd be great. Please include a link back to Bean Sprouts.

One of the best wedding presents we got was a set of 4 homemade denim grocery bags, complete with a little pocket at the top for delicate items such as avocados or tomatoes. Almost 2 decades later, I'm still using them. It helps being vegan; with no nasty meat juices or greasy butter, I don't have to wash the bags very often. :)

Here in Ireland there is now a tax on plastic bags, I think they are about 30c if you want one from a shop. Overnight the plastic bag litter problem was resolved and EVERYBODY now has reusable bags for shopping.

Another thing you could do is to use your plastic bags from the grocery store as litter bags (or whatever you call them), instead of buying yet another unneccessary package for your non-degradable waste. In this way, the plastic bags will be used and finally burnt, and we decrease consumption, just in another way.

Plastic bags get my goat as well, my mother is far more proficient on the machine than I am and knocked me up a load of bags a few months ago, my husband swore blind that he wouldn't be seen in public with them, as some of them are a bit wild, but over time he has been worn down and know he is 'in charge' of taking the bags to make sure we have as few plastic ones as possible !

good post. I'm doing a post on reducing plastic use in the next few days and will link to this if you don't mind.

Be my guest, CGP.

Thnx 4 this valueble post.I wil b there against d plasti